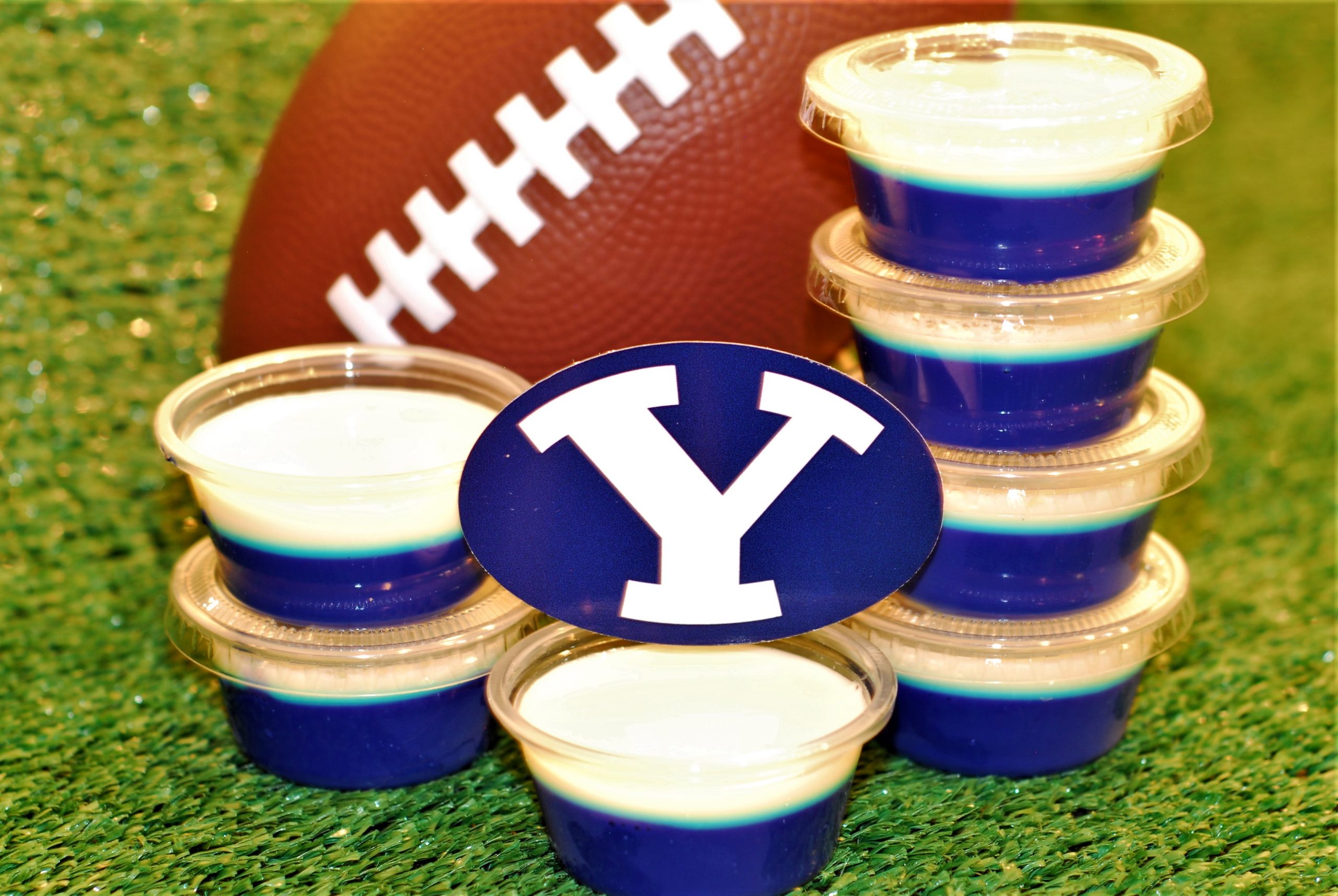 Brigham Young University, is a private university owned by The Church of Jesus Christ of Latter-day Saints. The Cougars began collegiate football competition in 1922 and have won 23 conference championships and one national championship in 1984. The team plays home games at the LaVell Edwards Stadium, named after head coach LaVell Edwards who won 19 conference championships, seven bowl games, and one national championship while coaching at BYU. Colors: Blue and white. Fight song: The Cougar Song. Mascot: Cosmo the Cougar. 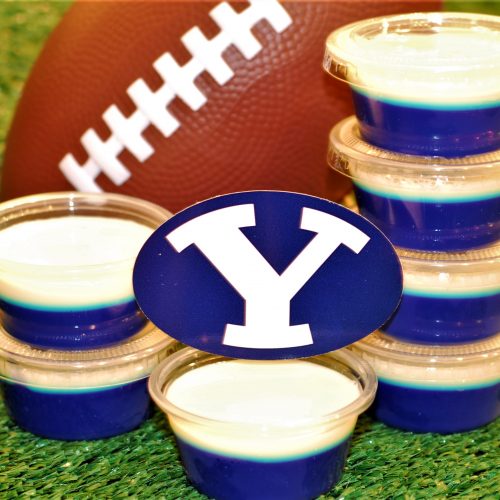 Gelatin can be a little tricky to work with the first time you use it in a recipe. The secret is to ‘slowly‘ sprinkle the gelatin on top of the liquid. If you see that it is clumping up, then you are sprinkling to quickly. This is the longest process in this entire recipe. If you do have some dry patches, don’t worry, make sure your water is boiling before adding it to the gelatin mixture and stir until the clumps are dissolved. These “not really” Jello-Shots will taste so good, and represent your Team so well, nobody will care that some gelatin didn’t dissolve. If you don’t think the color is dark enough, add a tablespoon of hot water and 1/4 teaspoon of food coloring to a small bowl and stir until combined. Then add the food coloring mixture to your gelatin mixture and stir well.
Keyword Cocktail, Football, Game Day, Happy Hour, Jello Shot, NCAA, Party, Vodka 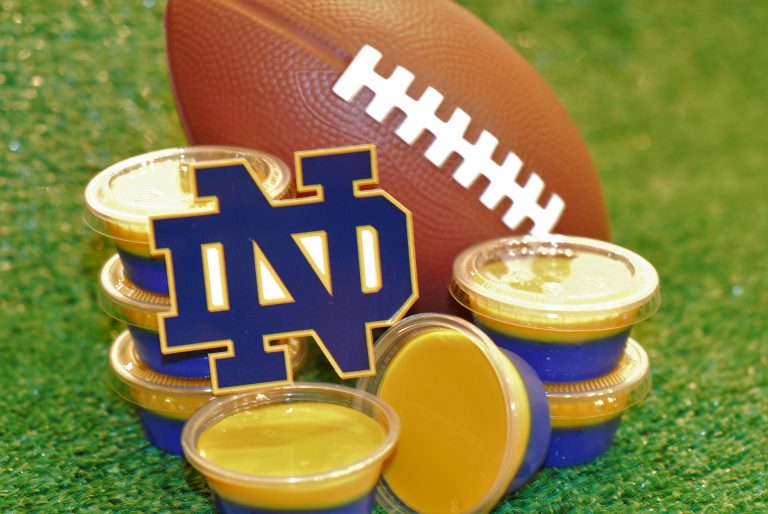 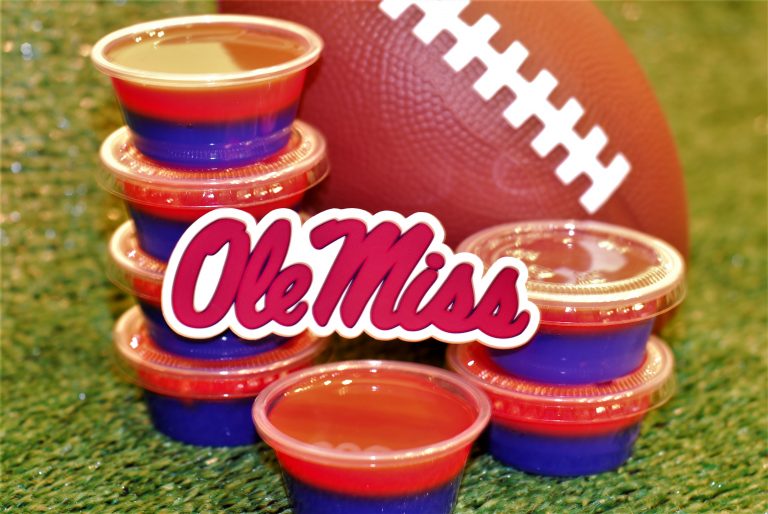 OLE MISS REBELS Vodka Jello Shots NCAA College Football The University of Mississippi, is also known as “Ole Miss.” The Rebels compete in the FBS of the NCAA and the Western Division of the SEC. The Rebels play their home games at Vaught–Hemingway Stadium on the university’s campus in Oxford, Mississippi. Founded in 1893 as… 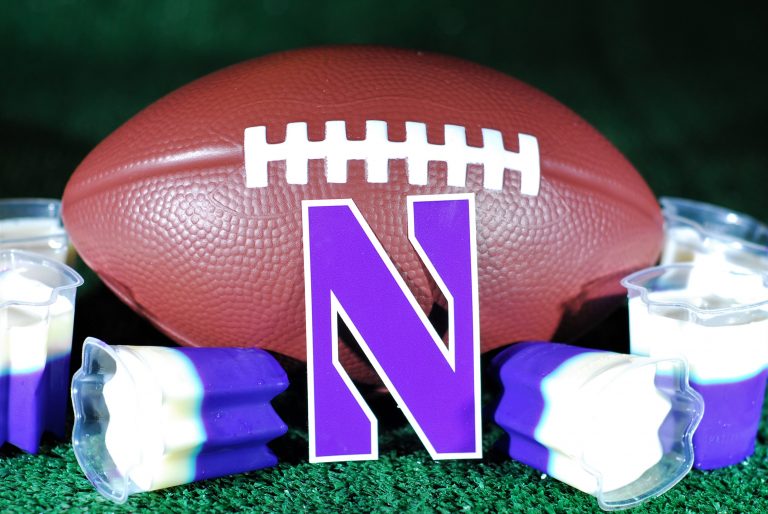 NCAA College Football Northwestern Wildcats Jello Shots Northwestern University is an NCAA Division I college football team and member of the Big Ten Conference based near Chicago in Evanston, Illinois. The Wildcats have played their home games at Ryan Field (formerly Dyche Stadium) since 1926. Founded in 1876, Northwestern began playing football in 1882. The… 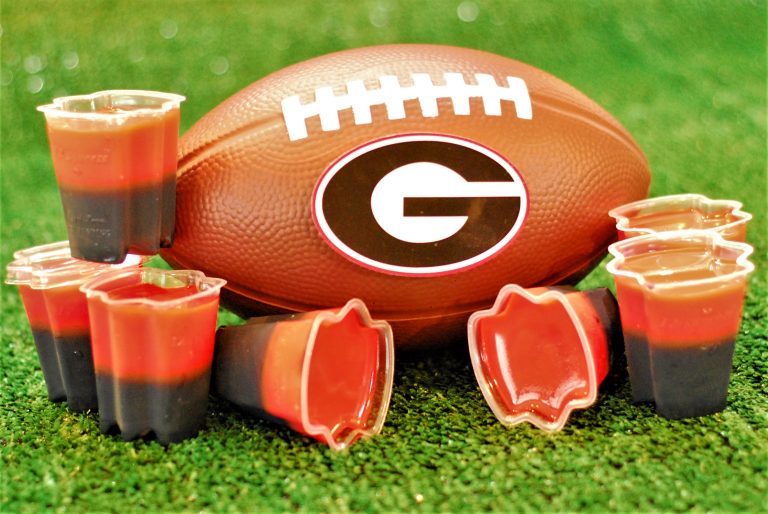